HACIENDA exists since 2012as an agency for promotion, booking and management of musical artists Based in the south east of France (Nîmes). the structure work with professional musicians, talented and inspired ...
A catalog of artists of all styles (Jazz, Soul, Flamenco,Breizh Power Folk, World, Hip Hop, Reggae, Latino ....), And just waiting to be appreciated and programmed!
Some of them are based in France, and others abroad (Italy, Spain,Usa)
The Hacienda association's website is a platform that gives additional visibility to everyone, along with their own website.
Hacienda participates every year in the trade shows: Babel Med (Marseille), Womex (Thessaloniki, Budapest, Santiago de Compostela), the Jimi, The Bis of Nantes, in order to make known its artists and develop its professional contacts.
Over the years, the activity of the association continues to grow.Most of the artists represented by the hacienda are in self-production, and the association supports them by:
- regular promotional communication with concert organizers (Newsletters, sending CDs to radios and programmers, registration on springboards, etc.)
- A personalized and targeted prospection.
- The logistical arrangement of the musician's and technicians' journeys
- an administrative management of the assignment contracts during their programming (quotes, invoices, contracts of engagement, assignment contracts, salary declarations)
- a follow-up concerning the media coverage: press kit, interviews, social networks (facebook, twitter, instagram), professional platforms (ethnocloud, virtual womex, apem-lr).
Our association does not benefit from any subsidy
The association is affiliated to the Apem-LR (Association of Producers and Music Publishers of Languedoc Roussillon)
The accounting of the association is managed by an accountant. 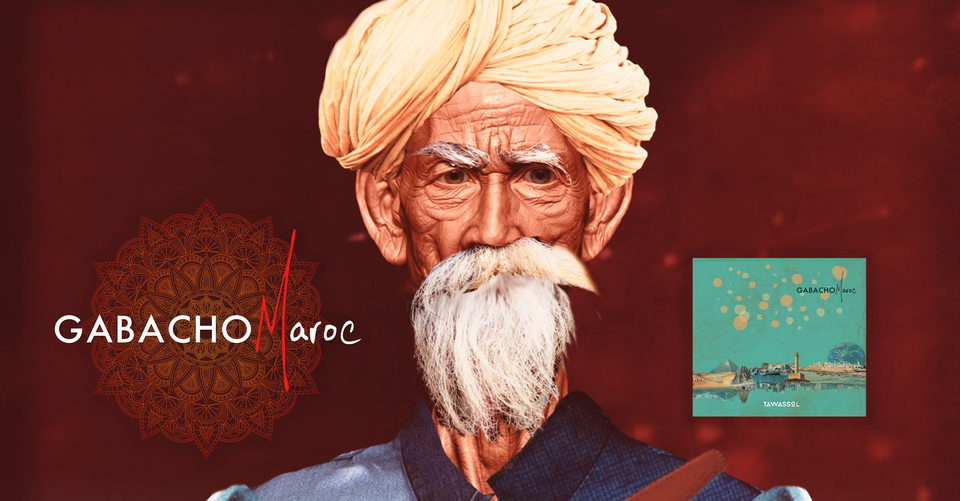 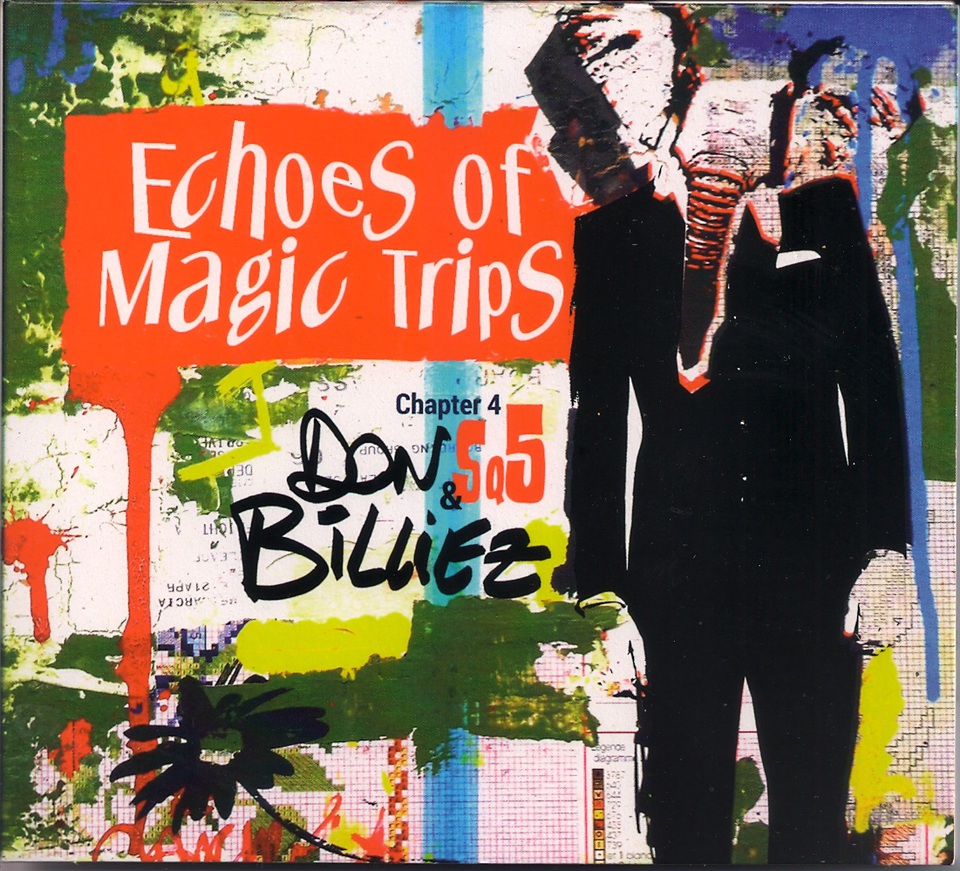 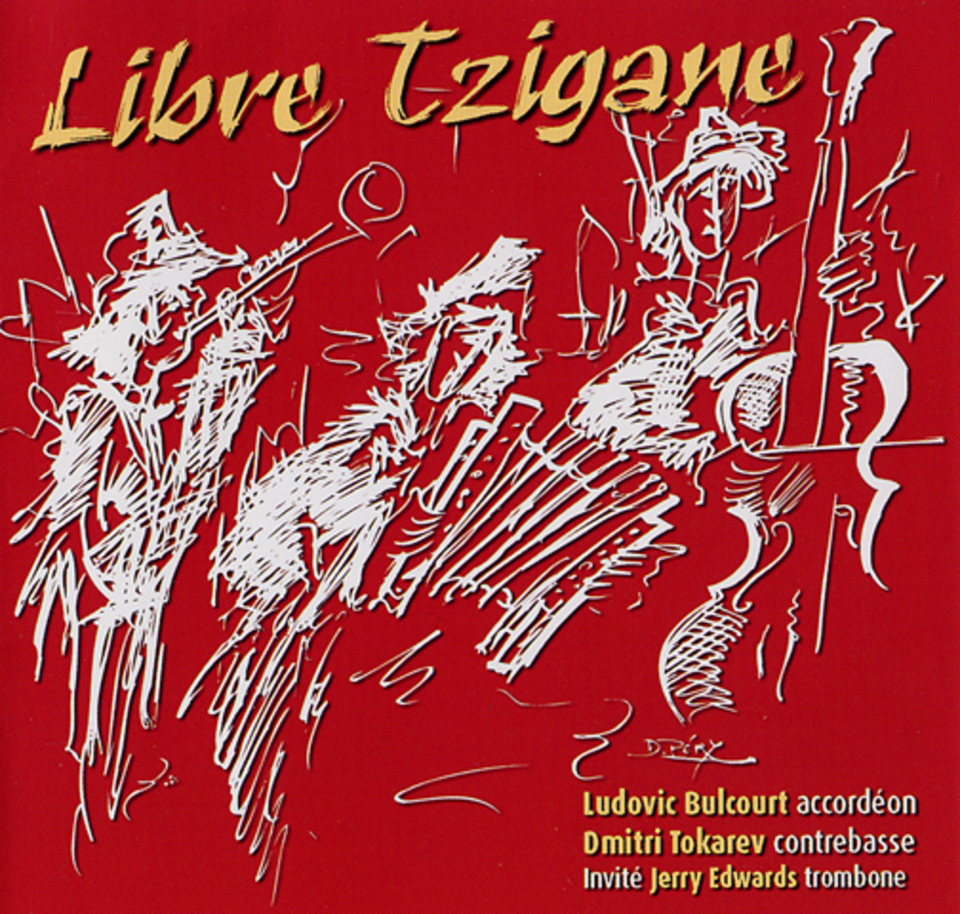 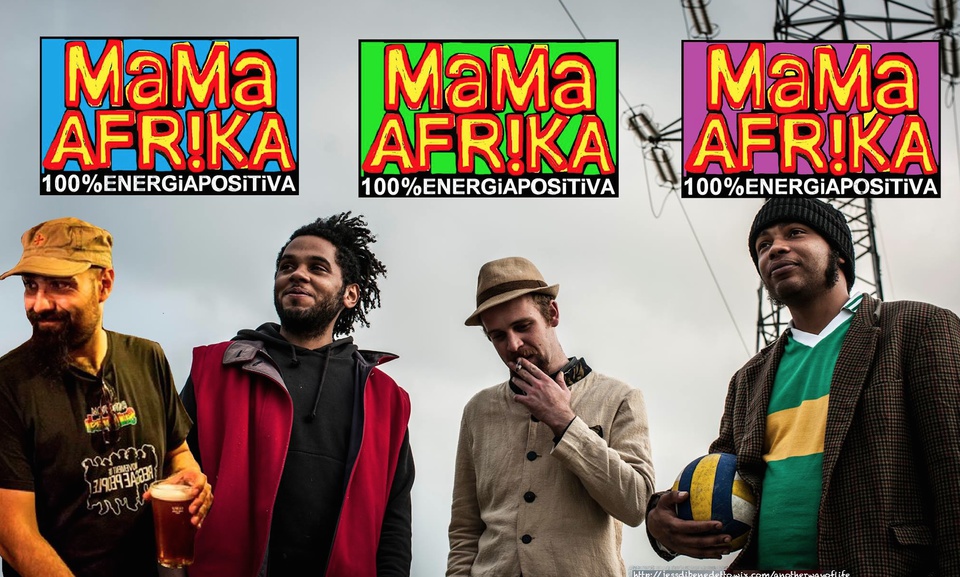 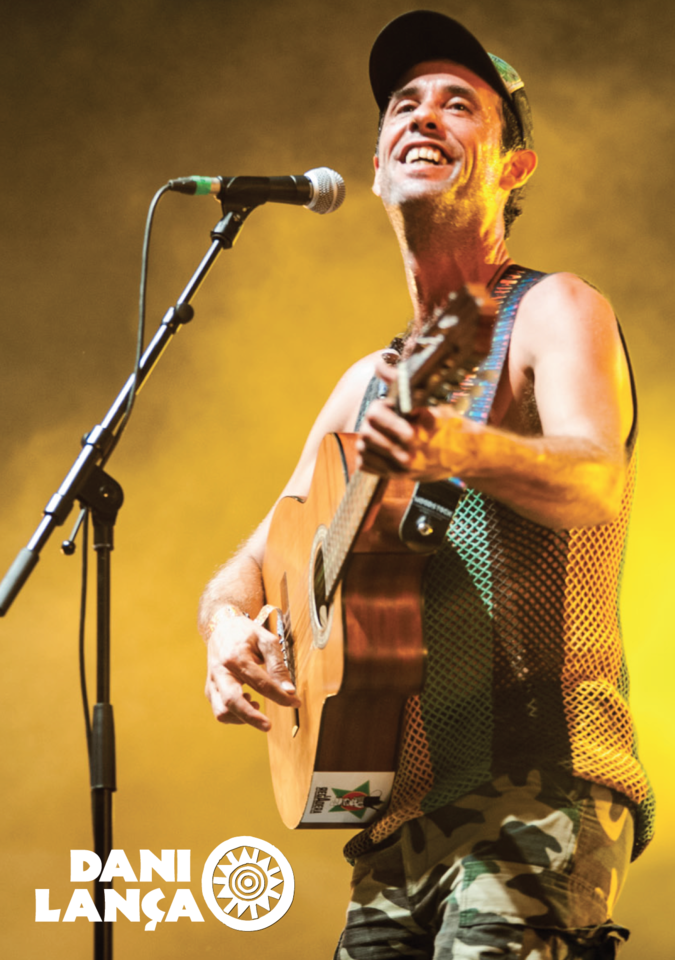 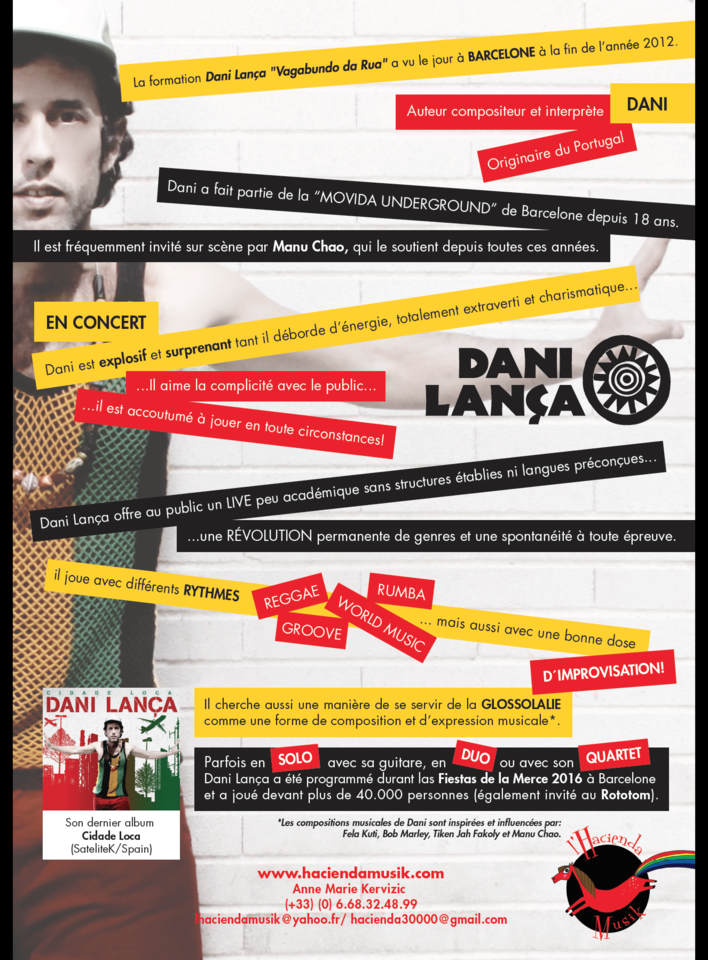 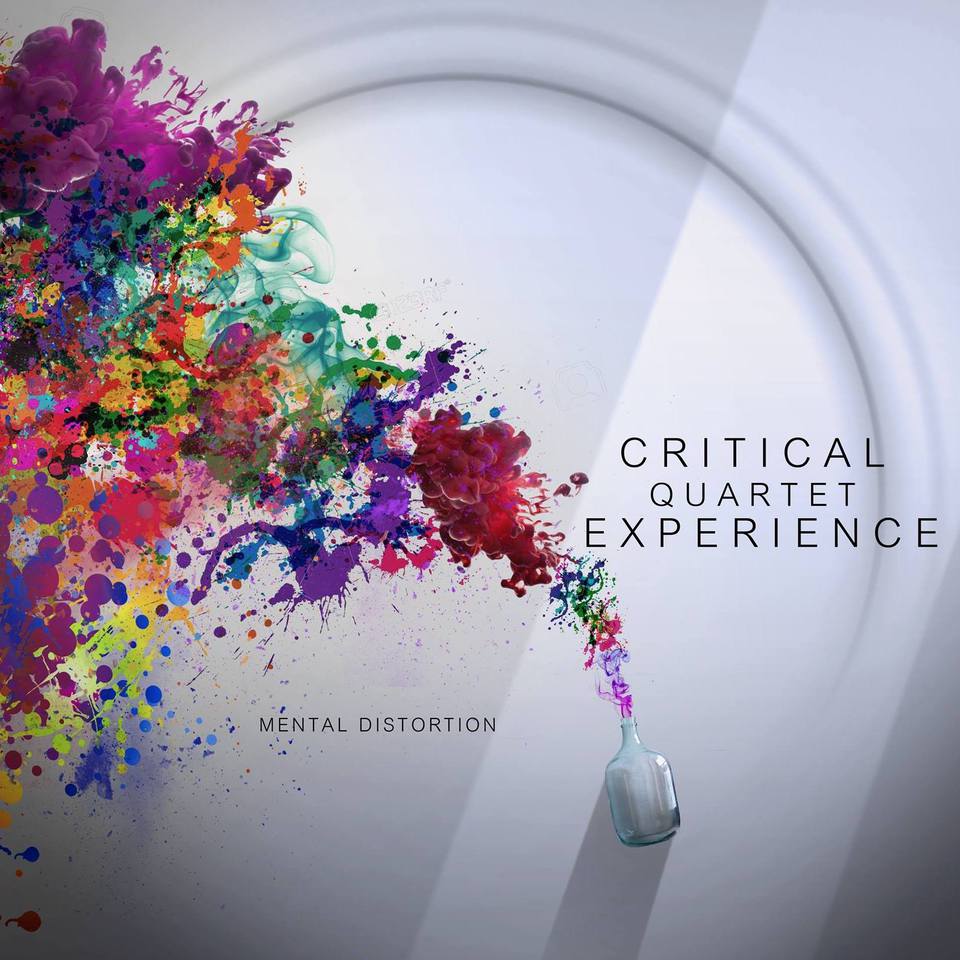 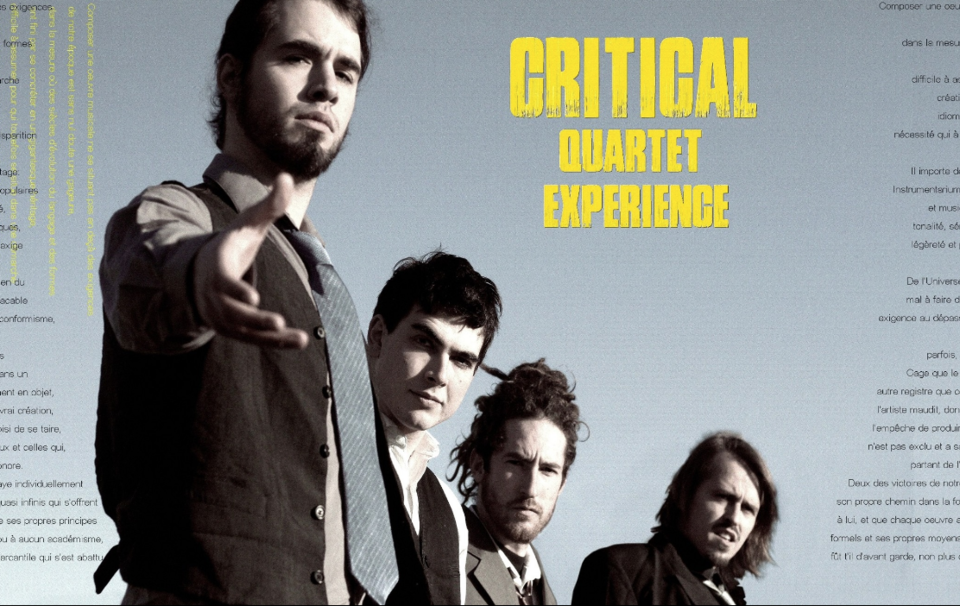 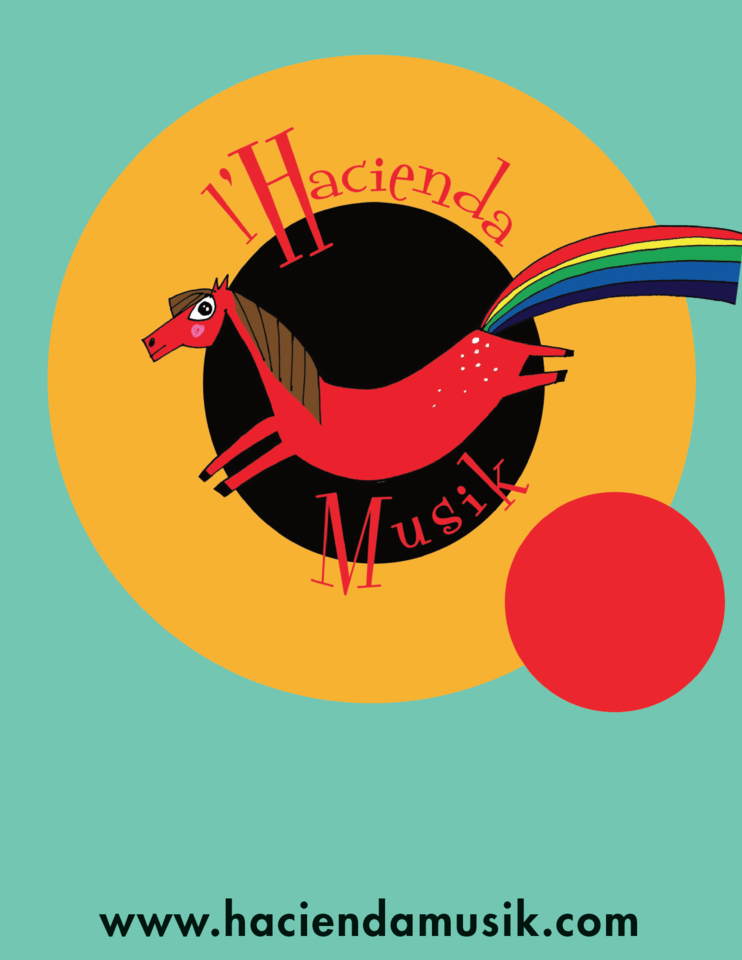 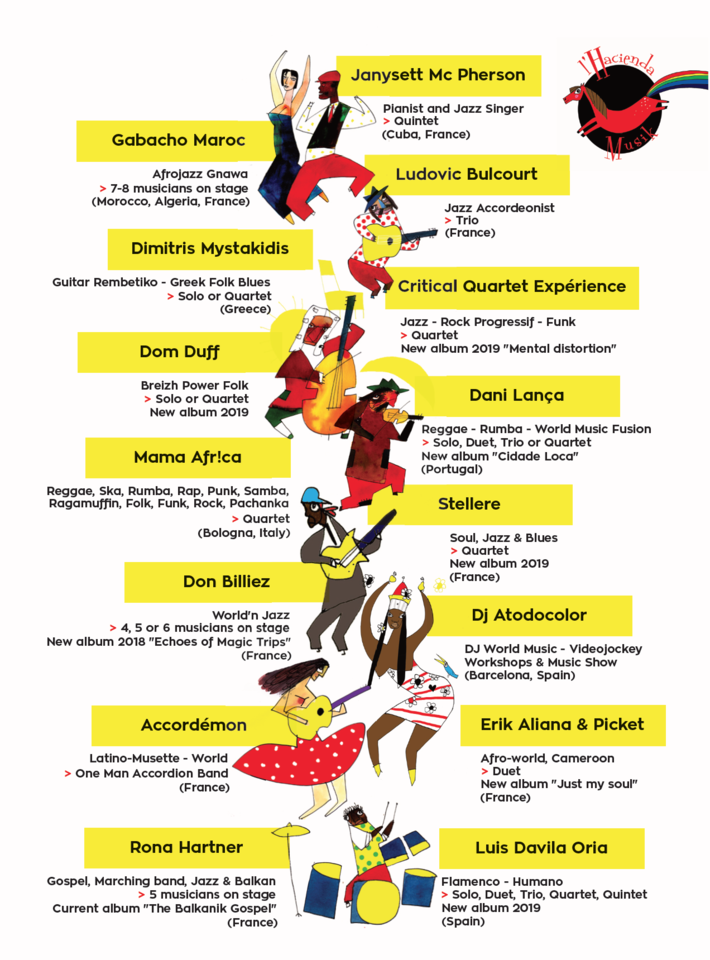 
RONA HARTNER - Balkanik Musik World - Toulon / Paris France
The Balkanik Gospel is a big project! This album, recorded with The Zuralia Orchestra, mixing gospel, fanfare, jazz and traditionally inspired music from the Balkans, is reminiscent of the open spaces built to open up new perspectives.
It is an invitation to expatriation insured! More than a concert, it's a show full of poetry ... Rona Hartner, who has been criticized for being more prominent by her sense of dance than by her voice, finally gives us a beautiful demonstration of vocal power and creativity in the composition.
ON SCENE 2 MUSICAL FORMULAS Are possible !!
Either Rona and The Zuralia Orchestra (12 musicians + 2 technicians)
Or Rona The balkanik Gospel Unplugged:6 musicians ...
Singing: Rona Hartner /Battery: Vincent Rodriguez-Patino /Guitars: Bartholo ClaveriaHelicon: Victor Rahola /Accordion: Ivica Bogdanic /Clarinet: Franck Séguy1 sound engineer: Geoffrey Touboul and1 engineer lights & Videos: Iulian Furtuna
L'Hacienda presents these projects in agreement with Rejoyce Live (France)Also in agreement with Prom-Art Creative (Romania) and The Zuralia Orchestra's TeamCover Artwork by Paul Hitter

Don billiez - Worl'nd Jazz - Luberon - France
THE SAXO WORLD OF DON BILLIEZ the saxophonist goes Live in 2018 ... ..with his new band the SQ5 ... .and the output Release of a NEW ALBUM 2018: ECHOES OF MAGIC TRIPS
Michel Billes: SaxophonesArthur Billès: Drums -Franck Lamiot: Hammond organ & PianoCyril Achard: acoustic & electric guitarEmmanuel Soulignac: Bass & Doublebass
The compositions of the saxophonist Don Billiez sublimate Latin lyric melodies tinged with jazz and world music.Each of his themes tells a story: a piece of cinematographic film unfolds in the listener's imagination, the journey began ....The style of his expression ranging from free to baroque, the grain of sound, the unique tone he draws from each of his instruments, in fact legal of his peers: Jim Pepper, Gato Barbieri, Pharoa Sanders ....
His repertoire, composed of original works, gives pride of place to his Mediterranean origins and his Afro and Latin influences.

DANI Lança - World - Reggae -Ragga - Lisbon - Portugal
Cidade Loca album (Satelite K, spain)
Daniel ... is a rhythm player, a melody magician,which goes easily from rumba to reggae, from groove to worldmusic, and also allows himself some improvisations always well felt.
For more than 15 years, the explosive and original concerts of this child of Portugal and Barcelona make move the whole Europe.It offers the public a live little academic without established structures nor preconceived languages,a permanent revolution of sorts and a spontaneity to any test.Talents recognized by Manu Chao who regularly offers him his first parts and does not hesitate to invite him on stage to sing his own compositions.Daniel Lança is ready to come and distill his music: Prepare for an experience without borders. "

MAMAAFR!KA - World - Reggae -Ragga - Bologna - ItalyNew album 2018
100% positive energy MaMaAFR! KA is an artistic collective that offers an explosive and original show, mixing typical elements of different musical genres, including reggae, ska, rumba, rap, punk, samba, Ragamuffin, folk, funk and rock, in the world style. / pachanka.
This artistic project that was born around the figure of B.B.CiCO''Z .... eclectic artist who lives in Bologna in Italy.MaMaAFR! KA "fights" for integration, human consciousness, cultural revolution and energy independence, carrying a message full of positive energy, magic, peace and love, and as we saw in the first part of Manu Chao in Italy in August 2014.
4 Musicians on stage:Beat, guitar and voice: CiCOBass and voice: SlyElectric guitar: Big MenaAccordeon: Mazza

ACCORDEMON - Java Latino - One Man "ACCORDEON" Band - Lot and Garonne - France
New album 2018 One Man "ACCORDION" Band / Latino-Musette / Accordion World
"When a nomadic and committed musician like Damien ACCORDÉMON goes on stage, it is to inject not venom, but a sort of musical vaccine capable of immunizing the public against the evils of our modern societies.The waltz and the java are there ... torn between the tropical rhythm of the cumbia and an explosive raggamuffin.
But if the party is in the spotlight, spectators are also invited to think and take sides on certain topics of companies, news ...He revisits the strap-on piano using it in its futuristic form ..."Accordion Midi" say specialists ", his toy is none other than a robot-accordion, kind of synth with bellows that balances sounds a little atypical for an accordion (Bass, Percussion, Drums, Keyboards, Brass ... !! !)
Thanks to this machine coupled with a pedal looper, he manages to enchant us with a unique performance of One Man Accordion Band. »... to see, to listen, to dance!

DOM DUFF- BREIZH Power Folk - BreizhNew album KERCOOL (Paganab/CoopBreizh)
Dom DufF takes you away from the current and formatted celtitude. His rebellious and poetic lyrics, wrapped in aggressive acoustic riffs, make it one of the Breton revelations of the moment.
Singer-songwriter, he plays his voice and his guitars with a creative energy that belongs only to him.Far from the formats, Dom Duff creates a powerful acoustic folk that the Anglo-Saxons rightly call Power Folk.Sometimes poetic, sometimes engaged, he makes us discover or rediscover all the subtleties and colors of his mother language: Breton.
A language he knows how to vibrate according to his emotions, his rants, his favorites. His words stick to his music, bringing him an angry acoustic sonority that does not leave indifferent.
Dom Duff is on stage either solo or in Quartet !!
For proof the enthusiastic and unanimous welcome to his six albums: Octobre 2016 : KERCOOL - 2013 Babel Pow Wow- 2010 Roc'h- 2008 [E-unan] (live solo)- 2005 Lagan- 2003 Straed an amann

LUIS DAVILA ORIA - FLAMENCO classic in the steps of Paco de Lucia - Paris - France Humano New album 2018 Born in Spain in Santander into a family of musicians, Luis Davila Oria quickly became a virtuoso of the Flamenco guitar. As a teenager, he already gives his first concerts as a soloist, and accompanies many singers.On stage: Solo concert by Luis davilaconcert in Duo guitar-percussionconcerts in Trio guitar-percussion-flute / sax or guitar-percu-chant or danceconcerts in Quintet.

LA WEC FAMILY: Fusion explosive Ariegeoise !!
At the bar they are 6: bass, drums, guitar, trumpet, synthesizer and various machines.Among them is a singer and a MC with a message of peace and unity, on a festive and committed background. As comfortable on stage as musically, Wec Family is a vogue between jazz and hip hop, rock and electronic music
The Wec Family has already shared platters with Ruda Salska, HK and Saltimbanks, Iphaze, Raoul Petite, Sidilarsen, Balkan Beat Box, Hazmat Modine, La rue Ketanou, Deluxe, KKC Orchestra, Scarecrow, Kacem Wapalek, etc.